Is Sleeping With Someone Whilst Separated Still Adultery?

This is indeed an awkward subject. The marriage has broken down, the couple has separated either in the same house or in difference household and have agreed that there is no chance of reconciliation.   There may be different points at which the parties have reached that can be significant in terms of any new relationship.  If there is no petition before the court, if one or indeed both partners have met someone new and wish to pursue a relationship having sexual intercourse with someone else does amount to adultery.

Accordingly, the other party could utilise this as a ground for the divorce proceedings themselves.  Many still believe that if they have been separated the fact that they have had sexual intercourse or a sexual encounter with someone else does not count.  The answer is regardless of whether the sexual encounter happened after separation or not, the parties are still married.

Accordingly, from a legal perspective, if either were to engage with a new partner sexually, prior to the grant of the decree absolute, this is classed as adultery.

In this article we are going to take a look at the implications of sleeping with someone outside of the marriage whilst separated but not divorced.  Separation takes many forms.  Some couples choose to separate but continue to live under the same roof.    The reasons can be that this is to provide a stable environment for young children, or they could be financial, where it is difficult or impossible for either the husband or wife to own or rent a second home whilst maintaining a mortgage or rental payments on the marital home.

You can be separated within the same house provided that you do not share intercourse with each other, share meals together or carry out household tasks for each.  This is the legal definition of separating whilst living under the same roof.  Separation in separate households is much clearer, but can have some tax implications on assets for the sale of transfer of the matrimonial home or assets. Advice should be clearly taken before the parties agree on a date for separation.

Even the parties are living in different households having a sexual encounter with someone would be classed as adultery.

Is that really an issue?

There are only two fault-based grounds on which a divorce can be filed, and these are adultery and unreasonable behaviour.  If there are no grounds to file a petition either on adultery or unreasonable behaviour, then the parties will have to wait an additional three years before they can issue a petition based on five years separation where no consent is required from the other party.  The law maybe changed soon and all practitioners have been awaiting the final approval of the latest Bill through Parliament and will abolish fault-based divorce.

Every divorce is different and there are many divorces which are amicable with both parties either agreeing that the matter should be proceed on adultery or unreasonable behaviour with the parties agreeing the basis and the facts upon which they can proceed.  What is important for all parties to understand is that if they start seeing other people, the nature of their relationship and future of it may be relevant.  If as set out above, there are no proceedings before the Court then the husband or wife could use the adultery as a fact that could prove that the marriage has broken down beyond repair.

What is the definition of adultery? 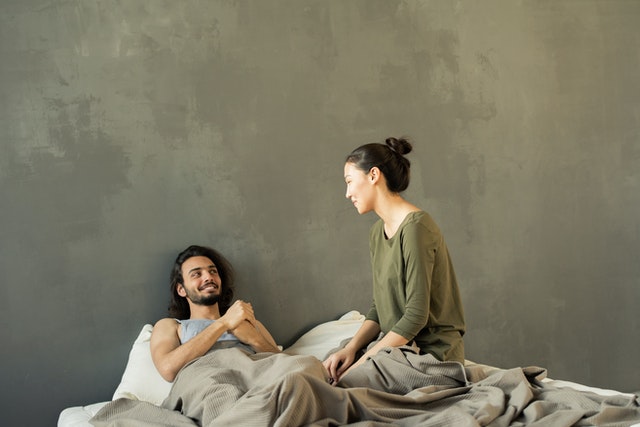 There are certainly many acts of infidelity which fall outside of the legal definition of adultery, and as such, whilst they may well be the reason that a married couple are forced to separate, those same reasons cannot form part of the divorce petition, as in the eyes of the law, adultery has not been committed.

It’s also worth noting that if either party is looking to file for divorce on the grounds of adultery, that they must not have lived together as a couple for six months or more after the discovery of the adultery. If the couple remain living together for six months or longer, they will forego their rights to use adultery as the grounds for divorce.

So is a partner trapped if the legal definition of adultery doesn’t apply?

No.  if you do not fit into the legal definition of adultery because he cannot prove that sexual intercourse ie penetration has taken place, then if the other party has formed an inappropriate liaison with another, then it could proceed on the basis of unreasonable behaviour.  The legal definition for unreasonable behaviour is that the Respondent has behaved in such a way that the Petitioner cannot reasonably be expected to live with them.

Any form of sexual relationship in the absence of proof of full adultery can fall under the heading of “unreasonable behaviour”.  Everyone is aware of the definition used by President Clinton that he had an inappropriate liaison with another woman.  Again, this is sufficient for the ground of unreasonable behaviour.  Utilising this ground is particularly useful for those that have become aware that their spouse has been seeing another person, does not have full evidence of adultery.

Adultery itself would make no impact on any financial settlement whatsoever.  The only that this could have any bearing on the finances or how they are dealt with by a court would be if in undertaking an adulterous relationship the Respondent has expended the party’s monies on the Co-Respondent.  If they have substantially dissipated monies by giving lump sums to them or spending unreasonable amounts upon their Co-Respondents or giving them monies to put towards a home, then it becomes highly relevant in the financial proceedings.  Adultery itself does not impact.

If, however there is evidence that the Respondent, be it the husband or wife is intending to set up life with the person with whom they have committed adultery and continue to do so, then the income and capital of the Co-Respondent can be taken into account in assessing a financial settlement.  So, for example, if the Co-Respondent has a home into which the husband or wife will set up life, then this could impact on the amount that they might receive from the home or lump sums generally.  If they are going to cohabit with another, then the income of that other person that is utilised towards household expenditure will free up the spouse’s income to be paid potentially as more maintenance or as more liquid income available to them.  Accordingly, it is specifically asked as part of the parties’ disclosure to indicate whether they intend to cohabit or remarry.

In some religions, the fact of adultery, can prevent them from remarriage in a synagogue or other institution.  Care should also be taken by a Respondent woman admitting adultery since it will inevitably impact on their ability to remarry in some religious ceremonies.

For example, in the case of a Jewish couple, adultery will prevent the woman from remarrying in an orthodox synagogue which may in itself have implications for her ability to remarry in the future.  Unless the parties are aware of the implications of any actions that they are taking, that must be cautious and ensure that they have the right legal advice to guide them in the correct way.

What should a separated couple do under these circumstances?

The law surrounding divorce is in a constant state of flux, with no fault divorces being granted to couples without having to wait for two years. Similarly, the definition of adultery, as we have seen here, is also in need of change and is indeed, under review.

No single article can ever replace the advice of a highly qualified and experienced divorce lawyer, hence it is vitally important that anyone going through a separation seek out that advice on a one to one basis.