What Are the Legal Reasons for Divorce In The UK?

In the United Kingdom there is only one ground for divorce at present namely that the marriage is irretrievably broken down.  This is based on five or more facts which are:

The Respondent has committed adultery and the Petitioner/Applicant finds it intolerable to live with the Respondent.

The Respondent has behaved in such a way that the Petitioner/Applicant cannot reasonably be expected to live with the Respondent.

The Respondent has deserted the Petitioner/Applicant for a continuous period of at least two years immediately preceding the presentation of this petition/application.

SEPARATED FOR 2 YEARS AND CONSENT

The parties to the marriage/civil partnership have lived apart for a continuous period of at least two years immediately preceding the presentation of the petition/application and the Respondent consents to a decree/order being granted.

The parties to the marriage/civil partnership have lived apart for a continuous period of at least five years immediately preceding the presentation of the petition or application.

Whilst there has been much talk in the press about sweeping away fault-based divorce, this has not yet happened in the UK and accordingly we do still maintain grounds for divorce unlike most other countries around the world and in the EU.

For you to proceed on the basis of your spouse’s adultery you need to establish that the adultery took place between your spouse and the member of the opposite sex.  Again there is a time bar that once you become aware of it you have lived together for a period of combination of periods exceeding six months you cannot rely on that adultery.  Adultery means that you must prove that sexual intercourse has taken place between your spouse and another party.  Sometimes parties have circumstantial evidence that their husband or wife may have gone to a hotel room etc., but this itself is not proof of adultery since the actual act of sexual intercourse must be proven.

We have long since moved from the days where private detectives are climbing up trees with cameras through hotel windows, but the easiest method of proving it would be a confession statement from your spouse.  Accordingly if your spouse says in a short statement that they have committed adultery with the person on certain dates and addresses that could be unknown to you, that this will be sufficient for you to proceed under the heading.  Sometimes parties will come to a practitioner with pictures of their husband or wife together with the other parties at a location where they are not supposed to have been.  Again, this itself is not proof of adultery.

The parties these days can often try to look at the other party’s computer, phones etc., to establish through WhatsApp or other messages that adultery has taken place.  A text message confirming actual intercourse has taken place can be evidence of adultery but it should be pointed out in the strongest possible terms that interrupting or hacking into any party’s computer or telephone is a criminal offence and therefore using such information can make you get into difficulty.  According to the practitioner it is not something that could either be encouraged or relied upon as it could lead to criminal proceedings.  This could also apply to cameras being placed into the home or utilised for this purpose in a clandestine way which could also amount to harassment which is a criminal offence.  Some parties feel that this is perfectly acceptable in order to provoke an admission.  Great care should be taken in this kind of approach.

If you have an admission of adultery or can prove that sexual intercourse has taken place, then you will be able to proceed on your adultery petition.  A draft of your petition should be served on the other side beforehand for the dates to be correct.  It is not necessary to name the third party and the Courts in fact do not encourage this as if the person is named, a copy of the petition will have to be served on them and can lead to delays and difficulties if they do not respond.  In these circumstances it is very normal simply to state that the Respondent has committed adultery with a person whom the Petitioner does not wish to name on various dates commencing XX and at various addresses unknown to the Petition and the Petitioner finds it intolerable to live with the Respondent.  If anyone asks whether adultery can affect the financial settlement the answer is no unless lots of money has been spent on wining and dining the co-Respondent.

The grounds for behaviour are a subjective test i.e., what you as the petitioning party find to be unreasonable.  This can vary from a partner snoring in bed, leaving the top off the toothpaste, to financial incompetence, lying, acting in a way that has led you to believe that they have had inappropriate liaisons with other people (this is used if you cannot prove adultery), and or violence etc.

If there has been violence, sustained harassment or threatening behaviour throughout the marriage that has led to you becoming ill, then it will not be necessary for you to serve a draft petition on the other side under this ground.  If however there is no evidence of threats or violence or anything of this nature, then you would be expected to serve a draft of the things that you wish to say about your spouse in a letter beforehand to be served on him/her.  This is to try to avoid a contested petition.

There have been very many amusing petitions for unreasonable behaviour where for example the wife refused to live with her husband on the basis that he kept his Tarantula in a glass case next to the bed; that the husband kept reptiles in the main lounge which the wife found to be frightening and offensive; that the husband would often go online and chat to a number of women in an inappropriate manner which he thought was perfectly reasonable.

In one case the wife, unreasonably, was accusing her husband of infidelity at every opportunity and particularly with his work colleagues which became absolutely impossible for him to live with.  In another flamboyant case a wife who wished to bring the marriage to an end arrived at her husband’s business meeting with just a fur coat and nothing else and removed them saying in front of a very important meeting with foreign clients that this was what her husband was giving up after she believed that he had been having an affair.  All of these kinds of behaviour amount to unreasonable behaviour for which a petition can be granted.

Sometimes parties will put very anodyne allegations for example – that they felt unloved or lonely within the marriage; or that they were not getting any attention from their partner which has left them feeling undermined and unappreciated etc.  Following a recent case where the Supreme Court refused to allow a divorce to Mrs Owens, some practitioners have been making the allegations more severe but it is acceptable to place mild, medium or severe allegations in any such petition.  The more severe the allegations the more probable it is that your partner will defend the same so this should not be encouraged.

Desertion is rarely used but can be used by a Petitioner if their partner has not lived with them and has left the home without any justification for a period of two years.  The period must be uninterrupted.

This ground is often used by parties who have been living apart even in the same household in order to avoid having to cite any grounds against each other to avoid acrimony.  One thing to watch very carefully is the capital gains tax implications if a financial settlement is reached afterwards.  Any investment properties transferred between husband and wife after the first year of separation will give rise to capital gains tax.  Also, if there is a further delay in the proceedings then there could be capital gains tax payable on the transfer between one to the other of the former matrimonial home.  Whilst taper relief is available over a period of time, the time limit should be carefully watched so that tax is not unnecessarily paid.

This ground is mainly used where parties have been living apart for a substantive period of time and simply not finalised the arrangements between them.  The impact of this ground is that the financial circumstances will be carefully looked at so that one or other of the parties is not significantly affected.  This is often used where one party has disappeared and there has been nothing heard of the other party despite all attempts to find them.  The evidence that is required is to show that they have been living apart for a continuous period of 5 years before the petition but in these cases every effort must be made to serve the petition on the other side because the process must be properly followed to be valid.  It is imperative when choosing which ground to follow that you consider carefully what grounds are available to you with your lawyer.

Some people prefer to file divorce petitions online themselves without taking any legal advice and in those cases we can sometimes find that the allegations go on for pages.  This is not necessary.  Short to the point allegations are what the Court would the require in any event.  You must also be aware that the more allegations you put in the more likely you are to invite a defended petition.

We would always suggest that advice is sought from a solicitor from the earliest possible stage before you file your petition so that you can ensure that you have properly complied with all of the regulations, requirements and jurisdiction to issue your petition. 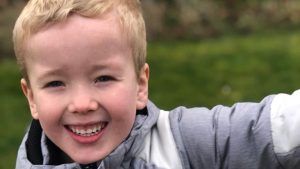