Who Gets To Stay In The House During A Divorce

There has been much speculation in articles written about Court cases and online as to who should remain in the house during a divorce.

There are many myths and misunderstandings surrounding this and I hope by this article to clarify the position.

The matrimonial home is an animal treated very differently from other assets involved in divorce proceedings.  Whether the house is in the name of one of the parties or jointly owned as joint tenants or tenants in common both parties are entitled to remain in the home during the duration of the divorce until either an agreement is reached or the imposition of a Court order which allows for the sale or transfer of the property.  It is often the case that either a wife or a husband will state that they do not wish their spouse to remain in the home during the course of the divorce proceedings as it would be too stressful.

Courts are fully cognisant with the difficulties parties face when going through divorce proceedings but that is no reason for you to oust your partner form the home.  If there has been threats, harassment or violence that is or will cause harm either to you or the children, then it is open to you to apply to the Court for an injunction to have what is known as an occupation order to determine that your spouse can no longer live in the home.  In order to succeed in this form of injunctive relief to oust your spouse as opposed to an injunction to prevent your partner harassing or otherwise interfering with you there is a very high test indeed.  You would have to clearly demonstrate that your spouse has somewhere else to live and can afford to do so pending the outcome of the proceedings.

If the nature of the outlay of your house is such that you could both continue to live in the house albeit restricted to your various areas, then the Court will not order your spouse to be ousted from the home but will create a template for restriction until the divorce is settled.  It is open for the Court to determine that you can take it in turns to use the kitchen or common areas and that certain areas are restricted from access to the other.

If you do not own the property and it is owned by your spouse, it is very important that you should remain in the home and immediately register what is known as a “Home Rights Notice”.  This is giving rights of occupation under what is known as the Family Law Act 1996.  You will make an application in a form known as an HR1 – registration of your home rights notice which will be filed with HM Land Registry.  The main purpose of the Family Law Act 1996 as amended by the Civil Partnership Act 2004 is stated on the government website to protect the right of a spouse or a civil partner to occupy the home.  This right is not an overriding interest but constitutes a charge on the home that can be protected in the Register by an agreed notice under Rule 82 of the Land Registration Rules 2003.

Prior to 14 February 1983 such a charge could also be protected in the Register by a caution.  A charge arises on whichever is the later of the date when the other spouse acquired the home or the date of the marriage or 1st January 1968.  These also apply to civil partnerships.  No protection under the Family Law Act 1996 as amended is required in cases where the home is owned jointly both legally and beneficially.  The original documents are required if your application is a first registration.  Sometimes only certified copies will be required.  It is also essential to know whether the other spouse’s interest in the home is held under a registered or unregistered title.

Application to register a notice must be made and it should be noted that a spouse’s or civil partner’s right of occupation under the Family Law Act 1996 as amended will normally continue only during the subsistence of the marriage or civil partnership.  However section 33(5) of the Family Law Act provides in the event of a matrimonial dispute the Court may make an order during the subsistence of the marriage directing that the spouses home rights shall continue even though the marriage has come to an end.  Once the proceedings have started it is open for you to place a unilateral notice on the title of the property to protect your rights.

If you as a spouse have been asked to leave the home by your spouse, you do not have to do so unless you wish to leave the home.  It may be that you take the view that giving space to your partner would be a good idea at this time particularly if you are considering reconciliation.  However, once you are out of the home, it would not be possible for you to go back into living at the home if your spouse objects.  If you have been out of the home for some weeks or months it will be virtually impossible for you to return without facing potential injunction proceedings that as you have been out of the house you have somewhere else to go that you should remain away from the home.  This can sometimes put the remaining spouse who is in the home in the driving seat as to the timing of everything to do with the sale of the property, the pace of the proceedings etc., with you as the absent spouse having to pay for the privilege of living elsewhere as well as meeting the status quo obligations in relation to the home.

The general advice of most practitioners would be that both spouses ought to try their very best to remain in the home pending the outcome of the proceedings in order to avoid substantive difficulties of:-

It is imperative that if you are the one that wishes your spouse to leave the home that you should consider beforehand what outgoings should be met by them or by you or by both to avoid any conflict or the necessity of having to apply to the Court for interim provision which in itself will lead to additional expenditure and legal costs.

There are issues concerning how often you should see the child/children if you are the one leaving the home these should be fully determined before you leave the home in case there is an objection to the amount of contact that you are seeking which in turn will lead you having to make an application for a child arrangements order unnecessarily.

Please be aware the amount of maintenance that is paid if you are out of the home and the amount of contact to your children can set a precedent during this interim period.  In order to avoid having to be forced into dealing on an emergency basis with interim financial position and children it is prudent and sensible not to move out of the house if it can be avoided.

Moving out also has the added problem of dissipating some of the matrimonial assets by paying rent during this period.  Another word of caution relates to moving in with a new partner during the course of the divorce and allowing your spouse to remain in the home.  In so doing the income and capital of your new cohabitee will be taken into account in the settlement.  The reason is that if their income is going towards paying of the outgoings on the home this will free up your income towards the maintenance of your spouse. 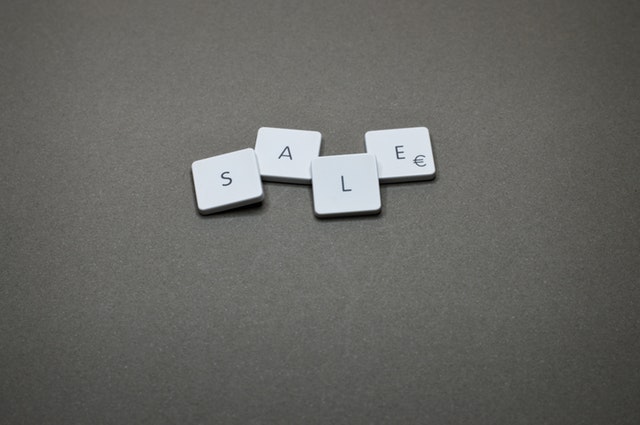 By way of summary it is important to understand that once you are out of the house you will more than likely stay out of the house and if there is a delay by your spouse in marketing the home for sale then this can add to the delays and difficulties.

The Court will not usually order a sale of the matrimonial home in the midst of the divorce until they have heard all the evidence at the end of the matter unless it is by agreement.  If the house is sold during the course of the divorce, this can sometimes predetermine certain issues if the parties have to divide up the assets in order to rehouse.  Beware – selling the house too quickly before any financial agreement has been reached since it will have the effect of causing both of you to rent and take the capital from what would be the housing fund available for the family.