What Are The Signs Of An Unhappy Marriage

It’s a cliché to suggest that men and women view relationships differently, and whilst that’s not entirely inaccurate, it’s worth acknowledging that a cross section of 100 different people may well offer up 100 different opinions on what defines a happy, and therefore, successful marriage.

Moving from that, it would be all too easy to suggest that the signs of an unhappy marriage are simply the absence of those things which make a marriage a happy one.

Relationship advice sites need to first establish where they are on the timeline when talking about the signs of an unhappy marriage. There will be many which will help couples to identify those areas in which their marriage is failing, all framed within the idea that it is not too late to fix the marriage in question.

Conversely, there will be others which will highlight the tell-tale signs of an unhappy marriage, and all from the perspective that the more sensible course of action would be to separate and ultimately divorce.

Why open an article on the signs of an unhappy marriage this way? Well it’s simply so that you can establish a bias on the source of the information. That isn’t always to suggest that there is an agenda here. Many cynical people believe that any marriage advice given by a divorce lawyer is only being given with a view to their securing a new client. However, there would be many a divorce lawyer that would argue that this is simply not the case, but that sort of analysis is for another time.

Here, we’ll do our best to provide a balanced view and present what many relationship experts – be they marriage counsellors, psychotherapists or divorce lawyers, all agree are the signs of an unhappy marriage.

Indeed, the numbers continue to increase. Here we will highlight a small selection of those problem areas which appear to come up time and time again.

One important point here is that any sign of an unhappy marriage that we present here are based upon that particular behaviour or feeling being present for a sustained period of time. Being angry because your spouse didn’t rinse the plates before loading them into the dishwasher may well lead to a fight, and indeed if they do it on a daily basis then there may well be an underlying problem, but it’s just as easy to suggest that there are simple solutions to problems such as these

A lack of intimacy

A lack of intimacy may well be an indication of an unhappy marriage, but it’s important that we establish some definitions here. A lack of intimacy is not necessarily a lack of libido. Many people experience a dip in their sex drive at one point or another and the reasons behind them are many and varied.

Financial worries, stress at work, unhappiness with one’s own physical appearance and therefore sexual attraction, or simply being too tired can all be reasons why the frequency of sex in a marriage may drop off.

But sex and intimacy are not the same thing. Simply touching each other is an expression of intimacy. Holding hands when you go for a walk, massaging your spouse’s neck and shoulders as you walk behind them, or simply cuddling in front of the TV can prove to be just as, if not more intimate than having sex.

The key word here is connection. Many couples have sex on a fairly infrequent basis – perhaps only once every couple of months, but that is not necessarily a bad thing. If both partners are comfortable that their needs are being satisfied in that area, then there is no problem. However, it’s also vitally important that the couple finds ways to physically connect in other ways. If one partner’s needs are not being met, then they must feel comfortable expressing that lacking feeling, and that brings us neatly on to our next sign of an unhappy marriage.

Listening is key to the success of any relationship, and none more so than a marriage. Listening is also a skill, and many people recognise that it is a skill with which they need to put in some effort.

In our modern world of multiple screens, channels and distractions, listening has become harder than ever. The good news is that these distractions can help you quickly recognise the sign of an unhappy marriage.

Picture the scene. Your spouse wants to talk to you about something important. You don’t know what it is, and granted, you may well feel that it is not important after they have told you, but they want to talk to you. However, you’re enjoying something on TV and are simultaneously scrolling through social media to look at conversations about the show that you’re watching.

As soon as your partner tells you they need to talk to you, do you:

A) roll your eyes and tell them that the show you’re watching will be finished in 10 minutes? B) ask if it’s OK for you to watch the end of the show and talk afterwards? C) Immediately pause the show, turn off the TV, put your phone away and give your partner your full and undivided attention?

Now it should be obvious to anyone that if you opted for A, then your marriage is not working well. Many may well have thought that option B was a sign too, but not necessarily. Not everyone has the means to pause live TV and the spouse may well recognise that the show is important to their partner. Granted, no TV show is ever more important than a husband or wife, but there is some give and take on both sides here, which would suggest that this marriage is OK.

But beyond avoiding distractions, many people need to work on exactly how they listen. In a more heated exchange, many of us are half listening and half preparing our responses, and that really isn’t listening at all.

And that’s a problem, because once a person starts feeling that they’re not really being heard, then they stop trying to communicate. They won’t express their feelings, they won’t vocalise their concerns about what they consider to be problem areas in the marriage. That silence can often turn to resentment, contempt and, in some cases, anger, and once those become the dominant feelings in a partner, that relationship’s problems may well become irreversible.

It’s rare for a couple to fight without one, or indeed both of them entertaining the thought of life away from the marriage. As we said earlier, fleeting thoughts like this are no reason to consider a separation.

However, sustaining fantasies or exit strategies are certainly a sign of an unhappy marriage, but it doesn’t mean that they’re signs of a marriage that’s about to end.

Many relationship counsellors suggest taking that fantasy to the next level and exploring the feelings that come with it. Simply looking at listings online for places to live can be a good place to start. If looking for a new home fills a partner with dread at the thought of living away from them, then there’s hope for that marriage yet. This couple needs to communicate and, more importantly, they need help from a third party to get their marriage back on track.

The four pillars of an unhappy marriage

There are four things to look at from either side that can indicate that the marriage in question is an unhappy one.

Criticism and blame is the first, and here, a simple shift in language can be all a couple needs to see whether or not there is a problem.

“You always leave such a mess in the bathroom,” indicates a problem, whereas, “It upsets me how you leave the bathroom sometimes,”

gives the other person a chance to acknowledge the issue and do something about it.

This leads to the second pillar, which is defensiveness. Being constantly criticised is likely to lead to a partner digging their heels in, finding justification for their behaviour and refusing to accept responsibility and make a change.

The choice of language, and especially tone is crucial here. Is there a lot of sarcasm and contempt being expressed whenever there is a disagreement? A little bit of sarcasm is fine, and can be the basis of one partner’s sense of humour, but too much of it will serve to belittle the other person, at which point they could choose to stop communicating effectively.

Or worse, which is the fourth pillar. Many people, finding themselves in an unhappy marriage, will simply shut down emotionally. There’ll be no communication of any kind, and feelings of resentment and anger will continue to spiral on the part of their partner, simply as a reaction to the lack of emotional connection that they would expect from their spouse.

Other signs of an unhappy marriage

Many marriages hit a bump in the road, and not everyone in that situation needs to start preparing for a divorce, but if any of the above tell tale signs have been present for well over a year, then it’s important that some action is taken, whether that’s the advice of a marriage counsellor or a divorce lawyer. 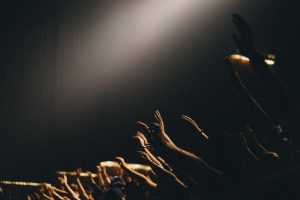 The Coronavirus has impacted on everyone but in different ways.  We are in a period of the greatest unrest that 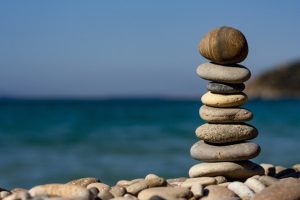 How To Keep Your Relationship Intact During Coronavirus

The last two weeks have caused most people to evaluate a lot of issues in their lives.  Faced with the

Breach of a Non-Molestation Order Explained

Got a Problem?
Let us know how we can help

How To Keep Your Relationship Intact During Coronavirus

Breach of a Non-Molestation Order Explained

Is Sleeping With Someone Whilst Separated Still Adultery?

What Are The Signs Of An Unhappy Marriage