There has been much spoken about online and in the media about how long it takes to achieve a Divorce from start to finish.  This will, of course, depend on the circumstances of each case.  It will also depend on if both parties agree whether it is a contested or uncontested divorce, whether it is fast-tracked, dealt with online or through lawyers and the steps that are or can be taken for divorce in the UK.

Primarily it should be noted that the average divorce can take from nine months to a year, or sooner if both parties agree.  There is an obligatory time lapse of six weeks and one day between the granting of the Decree Nisi ie the first Decree in this country, and the Decree Absolute.  There can also be delays since prudent divorce lawyers will advise their clients not to apply for Decree Absolute until the financial side of matters have been fully concluded.  The reason for this is that divorce can affect wills, pensions and insurance policies and if Decree Absolute has been granted and the party dies, then the claims will vanish.  In order to avoid this, no Decree Absolute should be granted until all the finances have been properly worked out so that they can be put into effect to avoid any difficulties.

In order to start any divorce proceedings, you have to establish either on your own, from your own information or through advice from a lawyer. The grounds that you have to issue proceedings.  Once you have established the ground under which you wish to proceed, you may want to consider whether a draft of this Petition is served on the other side first, as should be undertaken under what is known as the Law Society Protocol.  The reason for this is to allow the other party to consider what you are going to say to avoid a contested Divorce in the UK.   This can apply whether there is an adultery Petition, one based on unreasonable behaviour, or separation.

It may be that upon serving your draft particulars, that your spouse will disagree either with the nature of the allegation, or the timing of it.  For example, if you state that the adultery commenced on a certain date, they may state that it started a lot later, or indeed deny the adultery has taken place at all.  There may be some haggling over the wording.  In relation to an unreasonable behaviour petition, you would have allegations of behaviour which are known as a Statement of Case.

This will set out five, six or more bullet points on which you wish to rely about the other person’s behaviour.   Again, upon receipt of a draft, if your spouse disagrees with what you have said then they can either put forward amendments to your suggested draft, or take out certain paragraphs all together, or state that if you proceed to file such allegations that they will intend to defend every allegation that you set out,

As an alternative, they could state that, whilst they disagree with the allegations, they will nevertheless allow the matter to proceed undefended but reserve their right to defend those allegations if you seek to rely on them in any other proceedings.  This can save considerable costs and avoid a contested divorce.

Once the time has expired that you have given the other side to consider the draft, you will then be at liberty to place your Petition into Court.  Some people, when they are filing their own petitions online, can simply file their Petition without serving a draft, not understanding the process.  This can, in many cases, lead to a contested Petition, if the other side files an Acknowledgement of Service saying they wish to defend.  If they do so within eight days, they then have twenty eight days from the date they received the Petition to file what is known as an Answer and/or Cross Petition to your allegations.  The time limits for this are very strict.  If they do not put in their Answer in time, then you can apply for your Decree Nisi.  Sometimes, however, some parties will apply out of time to set aside the Decree Nisi on the basis that the time limits have not yet been reached.

If an Answer has been filed, then an application has to be made for a Court hearing for directions where a Judge will try to persuade the parties to allow matters to proceed undefended.  If they cannot then the matter will be listed for a contested Divorce hearing.  Statements will have to be filed by both parties and any witnesses made known and Witness Statements relating to the allegations.   At a contested Divorce hearing the Judge will have to decide whether there is sufficient allegations proved to allow the matter to proceed and to give the Divorce to one of the parties.  Costs will also be an issue if there has been unnecessary defence of allegations, then that party could end up paying the costs of the contested divorce.

If a Divorce is contested it can be contested on the basis that the allegations are untrue or on the basis that the marriage has not irretrievably broken down.  There was a very famous case of Owens -v- Owens that came before the Supreme Court, two years ago having worked through the various divisions of the Court, in which the Court specified that they would not allow a Divorce to Mrs Owens because they did not believe that she had sufficiently proved the allegations of unreasonable behaviour.  It was made clear that how those allegations are dealt with should be a matter for Parliament and not necessarily the Court.  It is for this reason that the then Justice Secretary, David Gauke, had suggested that fault based divorce should be swept aside in the UK  to allow uncontested petitions as a norm.  This has not yet occurred and accordingly parties are stuck in the current system whereby, if one party decides to defend, this can really lengthen the process of the divorce entirely and can delay matters for the divorce itself up to a year because of the Court timetables.

If you wish to have a ‘fast’ divorce in the UK, then it is helpful to try and agree as much as possible with your partner beforehand to enable matters to proceed undefended which will allow costs to be minimised as well.

One should not confuse the fact that the Divorce Petition itself is separate from the finances and the financial matters can take also up to a year if the same are defended and they go to Court.  Finances in the UK can be dealt with in many different ways, either by way of mediation which can be quick, or voluntary disclosure i.e. an exchange of financial information between solicitors in negotiation, or arbitration against which there is no appeal, or collaborative law, in which case both parties sign up with their lawyers that they will not go to Court.  Or by way of an application to Court.  If you were to take the Court process, this can take up to nine months to a year because of the delays in the system.  Sometimes parties can elect to have what is known as a Private Financial Dispute Resolution hearing which will allow the parties to instruct an independent Judge to deal with the matter to see if the Judge can help the parties to achieve settlement.   This can speed up the process rather than waiting for a Court timetable to appoint a Financial Dispute Resolution hearing.

Whatever route you choose to go, do not underestimate the fact that there can be delays, unexpected adjournments or illness which may prevent a hearing.  In these circumstances do not put yourself in a position of a vital time limited having to be met which could fail because of circumstances. 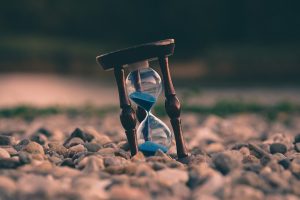 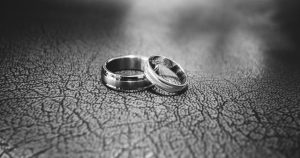 Legal Reason For Divorce In The UK 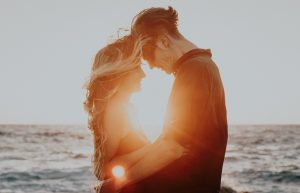 How Much Does A Divorce Cost In The UK

There has been much spoken about the real cost of divorce in the United Kingdom:- What do divorce costs mean?

Got a Problem?
Let us know how we can help

Legal Reason For Divorce In The UK

How Much Does A Divorce Cost In The UK

A Guide On How To Get A Divorce In The UK

The Best Questions To Ask A Divorce Lawyer